It’s happening. Can you feel it? Whether or not you love this time of year (as I do), stretching from Halloween through Thanksgiving and the winter solstice holiday of your choice all the way until New Year’s, it is here. How to survive, or enjoy it even? My suggestions below.

You know, it’s very easy to add things to your Netflix Queue and library request list – much harder to get through it.

I frequently wonder about first-time novelists who had alternate careers. According to his bio, he studied English at Stanford, then went on to become a principle at an investment firm in New York.

This gives me a complex. How many other of my fellow commuters, 9-to-5ers, coworkers, have such a rich and varied novel brewing within them?

Forgive the digression. I just find it astounding that someone who was working somewhere else could have the time and energy to produce a first novel as polished as Rules of Civility.

It’s a New York story, through and through: girl grows up in Russian Brooklyn in the 1920s and 1930s, then moves to a Manhattan boardinghouse and begins to haunt various Village bars with her roommate, a vivacious, ambitious woman named Eve. On New Year’s Eve in 1937 they meet a monied, WASPy perfect gentleman who seemingly falls for both of them – until a tragic accident forces priorities to shift.

Wow, that made it seem like a soap opera. There is is much more character development, and meditations on class and personal drive and how we deceive ourselves in doing what we think is right.

This quote, for example:

Uncompromising purpose and the search for eternal truth have an unquestionable sex appeal for the young and high-minded; but when a person loses the ability to take pleasure in the mundane – in the cigarette on the stoop or the gingersnap in the bath – she has probably put herself in unnecessary danger. …[This] risk should not be treated lightly. One must be prepared to fight for one’s simple pleasures and to defend them against elegance and erudition and all manner of glamorous enticements (128).

The title comes from a pamphlet written by George Washington – a collection of 110 rules by which to live simply and decently. The book manages to evoke a glamorous lifestyle of New York in the 1930s and 1940s but also how the choices one makes to get there ripple out.

Rules of Civility on NPR.

Man, there is some fine art out there. I wish sometimes that someone would pay me to consume cultural objects all day.

Check it out: Scandals of Classic Hollywood (via the Hairpin) 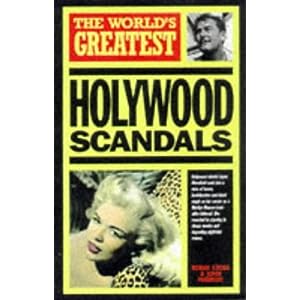 Like many other (heck, it’s a multimillion dollar industry), I can easily get sucked in by the celebrity gossip industry. In fact, it used to be my decompression internet timewaster of choice. (Now I do t.v. recaps…. maybe one day I’ll read Paris Review interviews).

I did stop. But the sordid appeal is still there, and that’s why I can’t get enough of the Hairpin’s Scandals of Classic Hollywood. It’s  a monthly feature (as far as I can tell) laying out the details of famed Hollywood characters: Marilyn Monroe, Marlon Brando, Lana Turner.

Written by Anne Helen Petersen, who is getting her Phd in Media Studies, the series is funny, engaging and insightful. The perfect way to while away an afternoon.

The fun and late nights of the last few weeks (James Blake! Bon Iver! Jens Lekman!) left me a little worse for the wear. I’m finally feeling better after a mild but annoying cold. It cooled down significantly, but the notion of rain and staying cozy seemed quite appealing.

Both artists have similar artistic temperaments,  specializing in songs that tug on your heart’s memory, but with different musical styles: James Blake relies on computer-based sounds, while Bon Iver has a more organic, woodsy approach.

At the James Blake show, opener Teengirl Fantasy let me experience some true dubstep (which I totally had to look up, old person that I am – it’s basically electronic dance music from London). They made LOUD and POWERFUL sounds come from their computers and drum sets, and even if it was entirely my scene, it was a good preview for what came next.

Blake is a rather unassuming presence – his striped shirt and sideways (Bieber?) hair make him seem like a recovering art student. But his voice? Even as he proclaimed to be sick, it hit the highs and held the lightness of an Antony.

The highlights for me were “To Care (Like You)” and “Limit To Your Love,” during which Blake recorded live samples that he looped, including the whoops from the crowd. In between the intense light show and the wall of noise, it was a show that really swept me away.

Bon Iver at the Greek was a different story. We got there too late for the opener, and it was at the Greek, which is outdoors and huge (also, trivia: where I had my English graduation). It was hard to find a seat, as the picture below attests.

Justin Vernon, the man behind the band, came to (relative, indie music status) fame with 2007’s For Emma, Forever Ago. Legend quickly established that he wrote it after a devastating heartbreak in a cabin in Wisconsin. Somehow the music-listening public erupted in sympathy and understanding.

With this year’s Bon Iver, Vernon’s sound became bigger, and this was evident by how big his touring band is. I love the epic, Peter-Gabriel-Genesis “Holocene” and “Flume.” Having the entire auditorium erupt in the encore “Skinny Love” was awesome, but I do feel sad that I missed the time when I would have seen this talented artist on a smaller stage.

We’re officially straight in the fall season. Going to check out the bands (and crowds) at Hardly Strictly Bluegrass this weekend, and it looks like we are going to be chanced with some mild early autumn weather.

I studied abroad at Oxford for one term when I was in college (uni, ahem). While I was there, I got to know London fairly well. Not local-well, but enough to have favorite cheap Chinese restaurants, hostels, and museums (which are all free, thank goodness; that city is so expensive). I loved wandering the well-paved streets and organized gardens, with cardinal red and navy blue accents, the hodge-podge mix of the city balanced by its sense of propriety and history. London! You are so resonant in all of my Anglophile taste. This may have been my hardest Cultural Itinerary yet…

Today’s my mom’s birthday – so a happy day to moms everywhere! (As it should be).